Offering plenty of features inside a durable magnesium-alloy housing, the X-H1 Mirrorless Digital Camera from Fujifilm aims to position itself as a leading option for professional video and photo work. Equipped with a 24.3MP APS-C X-Trans CMOS III image sensor and the X-Processor Pro Engine, this camera allows you to capture high quality imagery quickly and with low noise at sensitivities up to ISO 51200. A major implementation is an in-body 5-axis image stabilization system, a first for X-Series cameras, which can compensate for up to 5.5 stops of shutter speed to create sharp imaging even when little light is available.

In the video department, the X-H1 offers DCI 4K shooting at 24 fps and a boosted 200 Mb/s bit rate for internal footage. Slow motion can be achieved in a high-speed video mode that boasts Full HD 1080p video at up to 120 fps. Professionals will also enjoy the addition of internal F-log recording to an SD card, which allows for a more streamlined workflow, as well as an ETERNA mode that aims to simulate cinematic film with desaturated colors and rich shadow tones. And if you ever find yourself without your shotgun mic, the camera's built-in microphone can save your life in a pinch with 24-bit/48 kHz recording.

Several improvements can be seen in the X-H1's design, including a larger hand grip and back buttons, an info display on the top right side, and the addition of an AF-ON button. The weather-sealed body sports dual UHS-II SD card slots and makes use of a 0.5" 3.69m-dot EVF with 0.75x magnification, which features a low display time lag of only 0.005 seconds and a refresh rate of 100 fps for smooth and accurate composition. When not shooting at eye level, the articulated 3.0" 1.04m-dot LCD offers touch functions and a unique three-way tilt that allows you to achieve nearly any viewing angle. Also available is a 1.28" sub-LCD info screen on the top right of the camera for viewing your settings on the fly. And for those that regularly shoot sports under fluorescent lighting, the XH-1 comes with a flicker reduction mode to help your exposures stay accurate at fast shutter speeds.

X-Processor Pro
Aside from helping low-light shooting with an expandable sensitivity range to ISO 51200, the X-Processor Pro also contributes to fast performance throughout the camera system, including a start-up time of 0.4 seconds, a continuous shoot rate of 14 fps when working with an electronic shutter, or 8 fps with a mechanical shutter.

DCI 4K and Full HD Video
Beyond stills shooting, the X-H1 offers an impressive DCI 4K internal video recording option. It records this ultra-high resolution 4096 x 2160 footage at up to 200 Mb/s bitrate. DCI 2K is also possible, and the camera features a high quality built-in 24-bit/48 kHz microphone as well as a 3.5mm jack for more advanced audio solutions. Full HD recording also benefits from the camera's video prowess, with a variety of frame rates available all the way up to 120 fps for notable slow motion capabilities.

Along with the vastly enhanced recording capabilities, the X-H1 offers internal F-Log Gamma recording that provides a flat picture for use in advanced color grading software during editing. This should maximize the potential dynamic range in difficult scenes. Speaking of it, the X-H1 offers a dedicated 400% dynamic range setting that gives you approximately 12 stops to work with for impressive shadow detail. Additionally, HDMI output is supported with an 8-bit 4:2:2 signal and users will be able to use Film Simulation effects to capture unique video.

In-Body Image Stabilization
Equipped with a 5-axis sensor-shift system, the X-H1 offers notably effective image stabilization with all Fujifilm XF and XC lenses. It is rated to compensate for up to 5.5 stops of shutter speed depending on the lens, reducing the effects of camera shake so you can easily shoot in low light. You can also use the camera's electronic shutter to eliminate vibrations and maximize the benefits of the stabilization system.

Intelligent Hybrid 325-Point Autofocus System
Utilizing both contrast- and phase-detection methods, the AF system employs 325 total points for a high degree of focusing accuracy. A revamped algorithm expands the minimum aperture from f/8 to f/11, ensuring proper focusing even when stopped down. Other improvements include changes to AF-C performance when operating in zoom and fine-tuning of the phase-detection system.

Electronic Viewfinder and 3-Way Tilting LCD Screen
There are two distinct ways to monitor and compose images on the X-T2, an electronic viewfinder and a rear LCD screen, depending on your particular needs. The 0.5" EVF offers a 0.75x magnification along with a 3.69m-dot resolution and 100 fps refresh rate to ensure accurate composition. Along with it, the rear 3.0" LCD touchscreen offers a three-way tilt mechanism that allows photographers and videographers to work in a variety of odd angles, including portrait orientation shooting. The screen features a high 1.04m-dot resolution for crystal clear viewing.

Body Design
A 25% thicker magnesium-alloy shell offers sealing against dust and water, and allows the camera to operate in temperatures as low as 14°F
Updated design based on photographer feedback, including a larger hand grip, leaf-spring switch for the shutter-release button, an AF-ON button, enlargement of some back buttons, and an improved focus level
1.28" sub-LCD top screen allows you to view and change your settings quickly as you rush to your next shoot
Dual SD card slots allow for a more flexible and reliable means of storing imagery, and both card slots are compatible with UHS-II standards for fast transfer speeds
The top plate incorporates a series of locking dials and levers for fast, intuitive adjustment over exposure settings, including a shutter speed dial that offers a mechanical shutter speed range from 1 to 1/8000 sec, as well as bulb and time settings. An ISO dial is also incorporated into the shutter speed dial, for confirming the sensitivity setting without having to turn the camera on. The exposure compensation dial lets you choose +/- 3 EV in 1/3 steps, and a command dial position expands the range to +/- 5 EV for further control
Front and rear command dials integrate a push function for easier use and settings selection and six different function buttons can be assigned to control a range of settings
A dedicated Focus Lever provides faster, more intuitive control over selecting specific focus points while shooting

Film Simulation and Grain Effect Modes
Taking advantage of Fujifilm's vast history in traditional film-based photography, the X-H1 integrates several Film Simulation modes to mimic the look and feel of some of Fujifilm's classic film types. Introduced with the camera is the ETERNA film simulation mode, which copies the look of cinematic film with understated colors and richer shadow tones. Several other effects are also available for both monochrome and color shooting. In addition to simulating specific film types, a Grain Effect mode is also available to replicate the look of old film photos with an organic textured appearance, which is especially noticeable when printing.

Optional Vertical Power Booster Grip
While most of the X-H1's signature features are built directly into the body; a couple other capabilities can be unlocked with the addition of the optional Vertical Power Booster Grip. Its boost mode allows for the use of multiple batteries simultaneously, resulting in faster shooting speeds during burst shots. Maximum continuous shooting period is increased to 30 minutes, and the grip offers focus lever, AE-L, AF-ON, and Fn buttons beyond the shutter release. Additionally, a 3.5mm headphone jack allows for audio monitoring during recording. 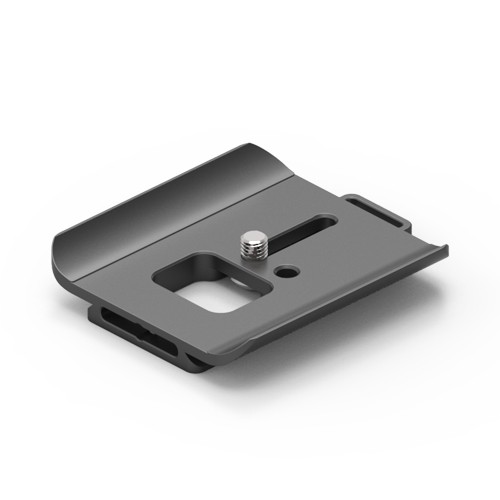 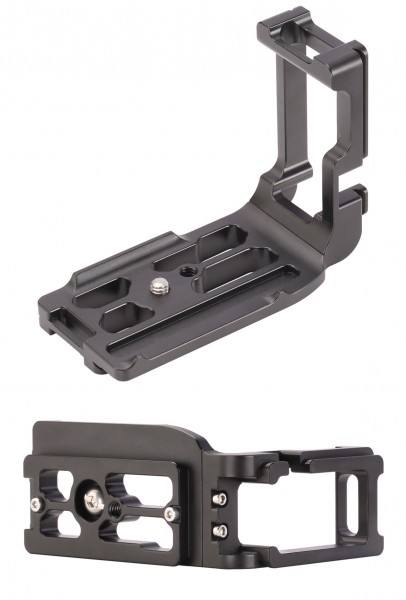 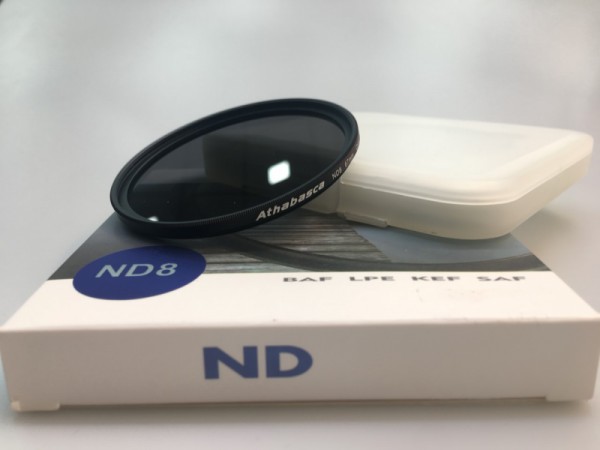 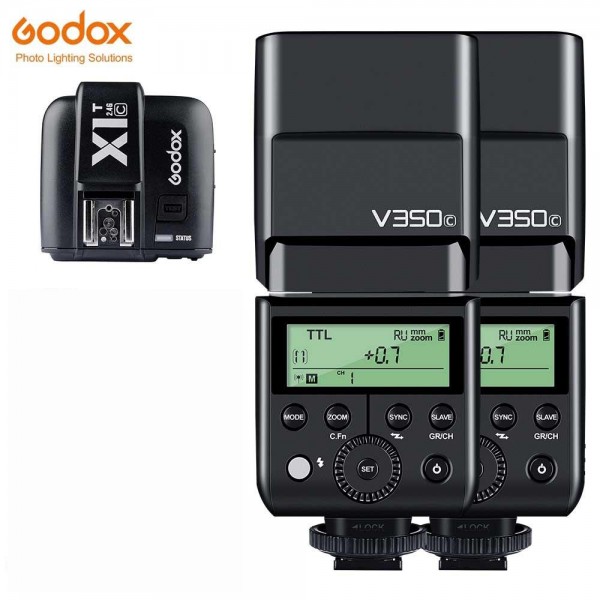